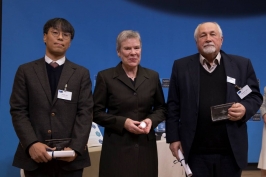 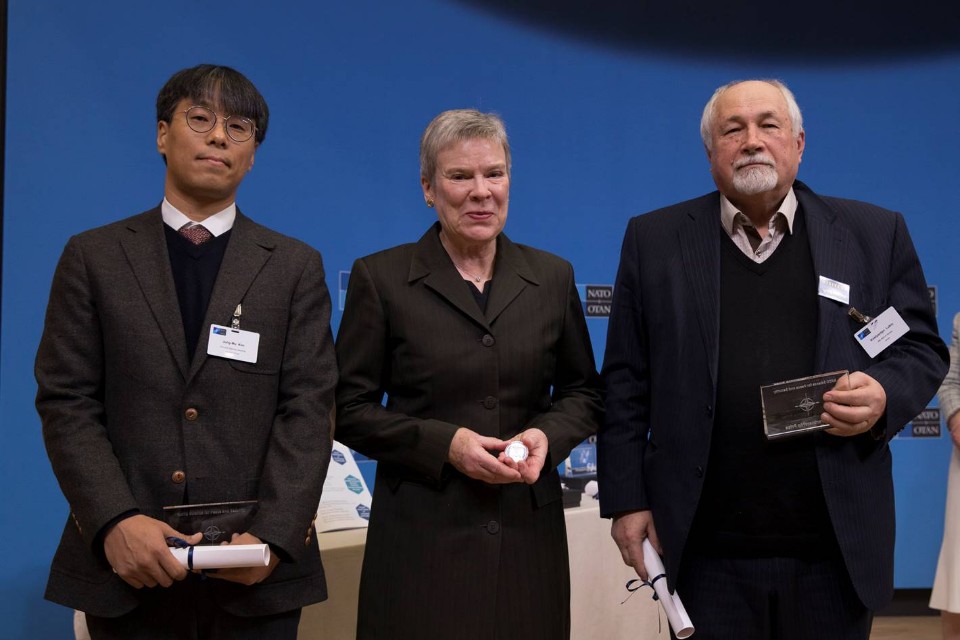 Science for Peace & Security (SPS) is the special investment program launched by NATO in 1958, as the Allied Command Operations (currently Allied Command Europe) felt the need for their own joint scientific research. Celebrating the 60th anniversary of the program, NATO awarded the teams with the best performances of the SPS research projects over the past decade.

Professor Kim’s team has been conducting research on 'Compact Sensor System for Unmanned Aerial Vehicles' for the first time in Korea since 2014 when they won the NATO SPS task. Since then, the trilateral team has been holding joint workshops as well as publishing the book Frequency Measurement Technology on their joint research.

In the modern electronic warfare, it is very important to know the position and information of enemy camps. Instantaneous frequency measurement (IFM), an electronic support device that searches, collects, and identifies intended or unintended radio frequency signals, is currently used. Conventional IFM receivers are mostly used on the ground, on marine vessels, and on manned aircraft because of their large size and high power consumption.

If the radio frequency signal is electronically scouted when a conventional IFM receiver is mounted on an unmanned airplane, the high power consumption and the large size of the IFM receiver would reduce the reconnaissance time of the aircraft and slow down the database of the threat information.

Therefore, to collect information quickly and accurately for contemporary electronic warfare, a radio frequency receiver that can be mounted on unmanned aerial vehicles is needed so that the vehicles can scout for an extended period of time.

To this end, Kim’s team proposed a reconfigurable frequency measurement (RFM) that can be mounted on unmanned aerial vehicles by replacing the conventional IFM receivers. In addition, the team designed and manufactured a variable capacitor and switch that use the microelectromechanical system (MEMS), to implement a low power, ultra-small identifier.

As partners, Dr. Llamas-Garro designed the variable frequency identification circuit, and Prof. Lukin was responsible for the antenna of the RFM system.